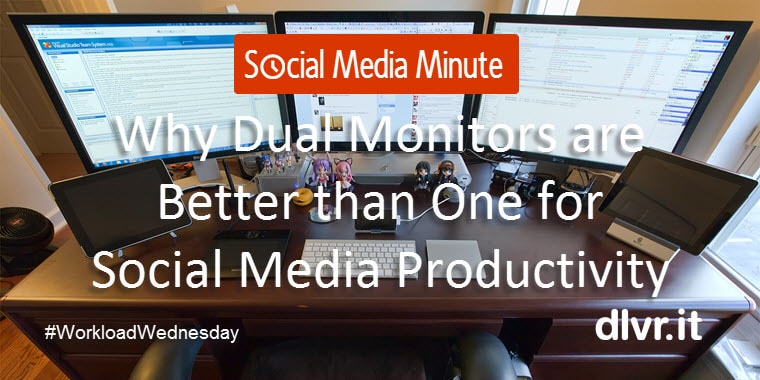 (#WorkloadWednesday) I wear many hats in our small business.  To complete my work as a blog contributor, copy editor, researcher and a cost conscious accountant, multitasking is an absolute necessity.  I pride myself on being both efficient and productive, two key attributes necessary for success in social media.  I’ve always been very careful when it comes to requesting and authorizing equipment purchases. Imagine my hesitation when an employee requests a second monitor, a third monitor or a even a larger monitor in addition to a laptop screen all in the name of productivity.

Recently, in just five minutes, while moving my data files from my old clunker PC to my shiny new MacBook Pro, I was surprised at the added ease and efficiency of operating with two monitors. I realized that once the files were transferred, I was still using one laptop screen to check email, respond to IM’s and research the web (for a social media post I was writing) while the second monitor ran WordPress and had our Google Analytics metrics tracking spreadsheet queued up.

I never before considered using more than one monitor in my work, as I primarily used my computer as either a communication or an accounting tool and rarely needed to use it for both jobs simultaneously. However, throughout all my years of experience, I have rarely come across an IT department or a development team that wasn’t utilizing at least  two-monitors. I may have previously been the subject of outdated thinking, too frugal or, perhaps, my new increased workload has led me to this, but I now realize that I need to work with more than one monitor.  I can honestly say, that with two of them, I do work smarter and faster.

Here’s an interesting quote from on article published in the technology section of The New York Times with the headline, Data Deluge, Multitaskers Go To Multiscreens:

For multiscreen multitaskers, a single monitor can seem as outdated as dial-up Internet. “You go back to one, and you feel slow,” said Jackie Cohen, 42, who uses three monitors in her home office in San Francisco, where she edits a blog about Facebook.

My current setup, using two separate computers, is atypical. Essentially a dual monitor configuration uses two screens operating from a single computer.  Think of it as an extension of your workplace. As technology continue to change though, having dual monitors means iPads, tablets or smart phones – just about anything electronic with a screen depending on your industry.  You’d be pushing your luck trying to get that purchase requisition through in my accounting department though (just kidding).

A number of studies over the last few years have found that dual monitors can really help you work more efficiently and increase your productivity. I’m sold!  I’ll never go back. The ability to see two programs at once is so much easier than toggling back and forth while trying to remember which tab you are looking for, as well as trying to remember where you grabbed the data you need to compare from on the previous tab. With so many different functions and activities being performed on a daily basis, without a doubt, I believe that two monitors can save an exponential amount of time. And frankly, with the exception of the cost and possibly, desktop workspace, I don’t see any down side. The investment in a screen (roughly $120 plus an adapter if necessary) pays off pretty quickly with time saved in most cases.

Dell published a white paper on the subject of productivity gains of dual monitors back in late 2010. Although the article is dated and discounting the fact that Dell sells monitors, the results are still surprisingly relevant today:

Too Much of a Good Thing?

Once you decide to work with dual monitors, what is the ultimate monitor per person ratio? I recently read the dystopian novel “The Circle” by Dave Eggers, where a powerful, data-collecting social media company strives to become the world’s most powerful internet company.  The story begins with the hiring of a young woman in customer service. As she proves her value, the number of monitors on her desk (and wrist), keep expanding exponentially.  I lost count, but it must have been between 8 and 10. I wondered, how is she able to get anything done while having to watch so many monitors?  Thankfully, this is fiction, but it does raise the question, how many monitors is too many?

In June 2010, MakeUseOf published a poll of its readers asking the question, How many monitors do you use in your computer setup?  Out of 837 respondents, 74% reported using more than one monitor.  More recently in June 2013, they followed up with the same poll,

If you’re an old timer here on MakeUseOf, you may remember this same question from 3 years ago. A lot has changed in these 3 years, and I feel a repeat is in order, to find out how and if your working habits changed with the advent of tablets and the rising popularity of laptops. I realize that many of you have more than one setup (work and home, for example), so when answering this poll, please use the setup you use most often during the day, or the one you like working on the most. If you’re using a tablet as an extra monitor somehow, that counts!

Results: Out of 667 respondents, 80% reported using more than one monitor. Although it is a smaller sampling than the original poll, the results clearly corroborate its original findings.

Ignoring the fact that people could use their additional monitors wasting time on Twitter, Facebook, and certain blogs, (they will do this regardless of how many monitors they have), ultimately, using dual monitors leads to an increase in productivity. The small investment of an additional monitor will likely pay for itself many times over. Fortunately, the associated costs for this setup have dropped dramatically in recent years.

As an accountant and blog contributor, I vote for two monitors. Any photographers, stock traders, engineers or writers out there?  Tells us in the comments your productivity gains from dual monitors. 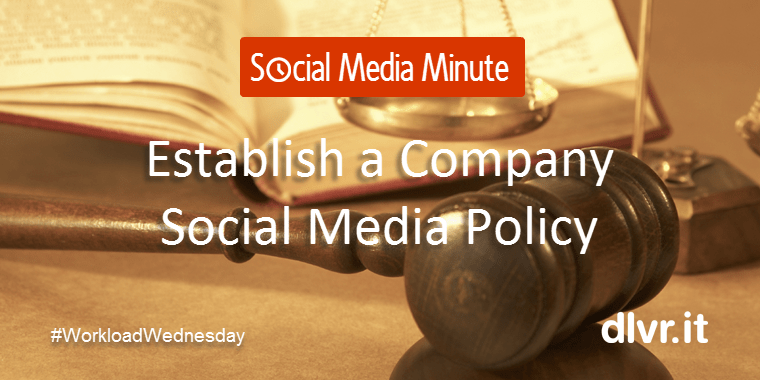 Protect Your Assets: Advice from an HR Expert on Managing Employees Usage of Social Media 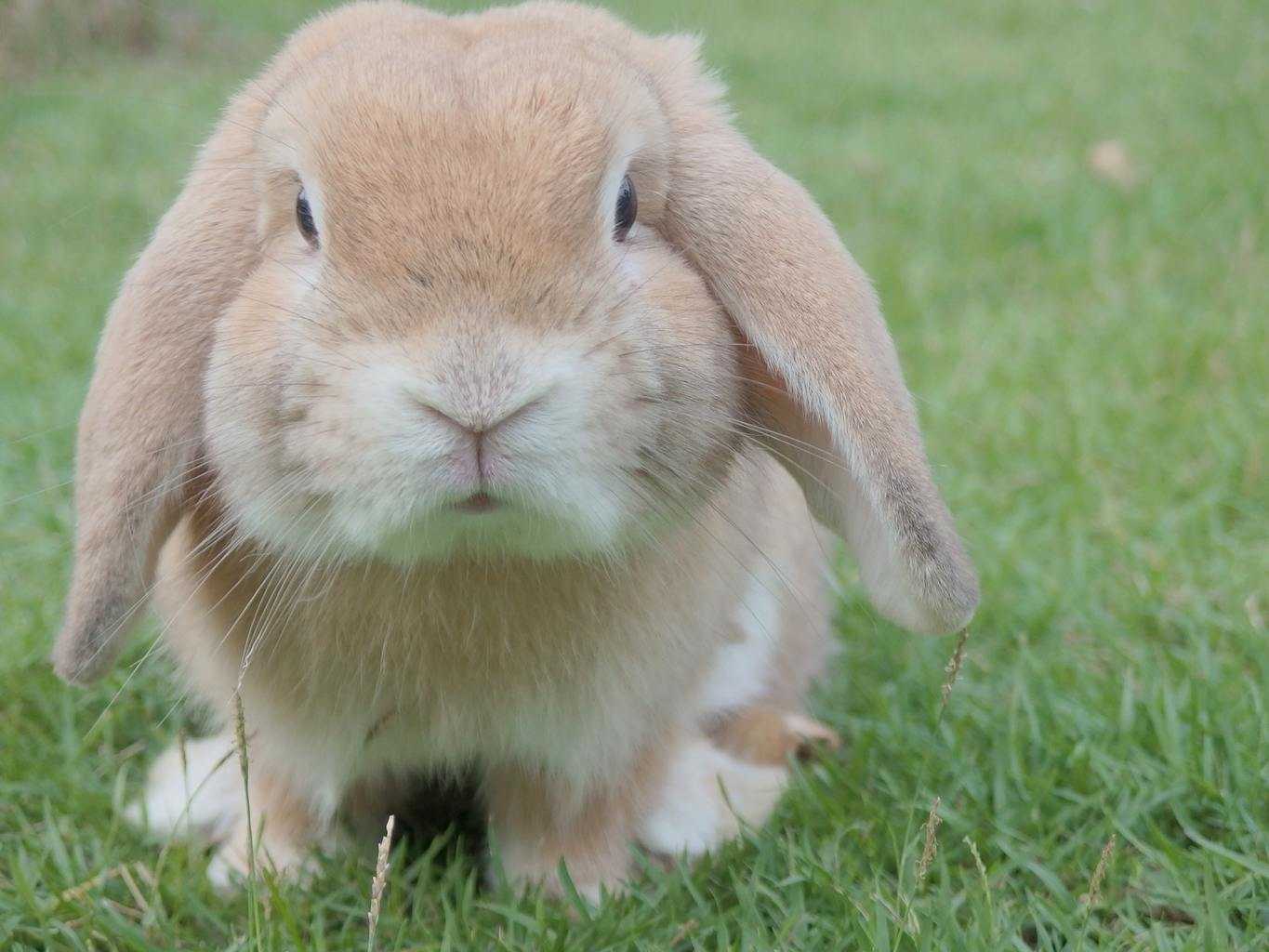