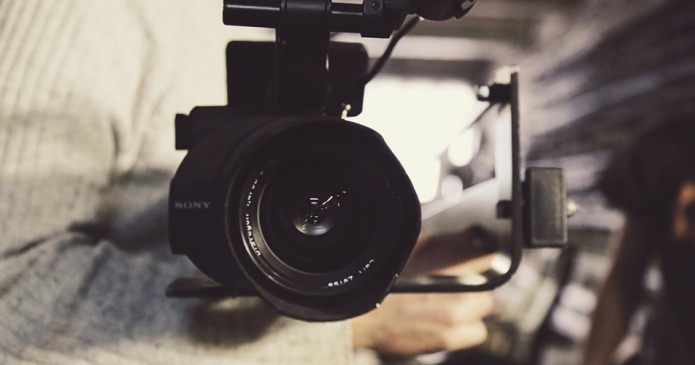 Don’t have time to keep up with the pace of social media? Our weekly roundup is here to help you stay on top of all the latest in social media and other interesting facts, trends, tips and questions. This week featuring all you need to know about Facebook Video and Facebook Video Ads.

At first glance, this statistic surprised me, but when I looked at my Facebook video consumption (always with the sound off), it makes complete sense. Read more: 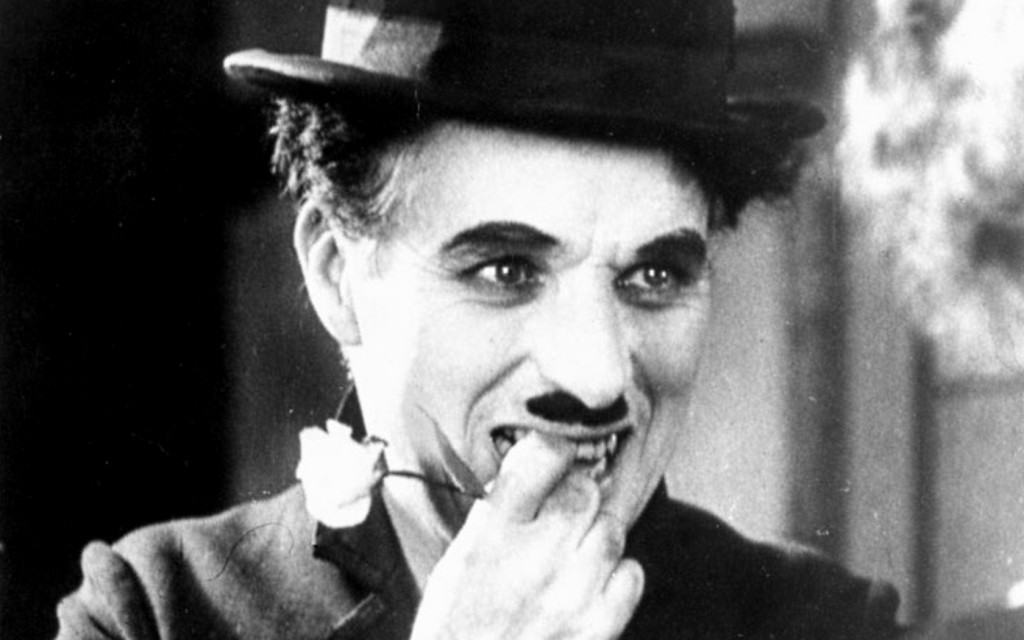 Facebook might be hosting upwards of 8 billion views per day on its platform, but a wide majority of that viewership is happening in silence.

As much as 85 percent of video views happen with the sound off, according to multiple publishers.

The news shouldn’t come as much of a surprise, as Facebook has built a video ecosystem that does not require users to turn the volume up — and publishers have been more than happy to play ball.

Here are three of the five statistics which show the importance of video on Facebook in 2016.

For a visual, check out the chart on when video views peak by ChannelMeter: 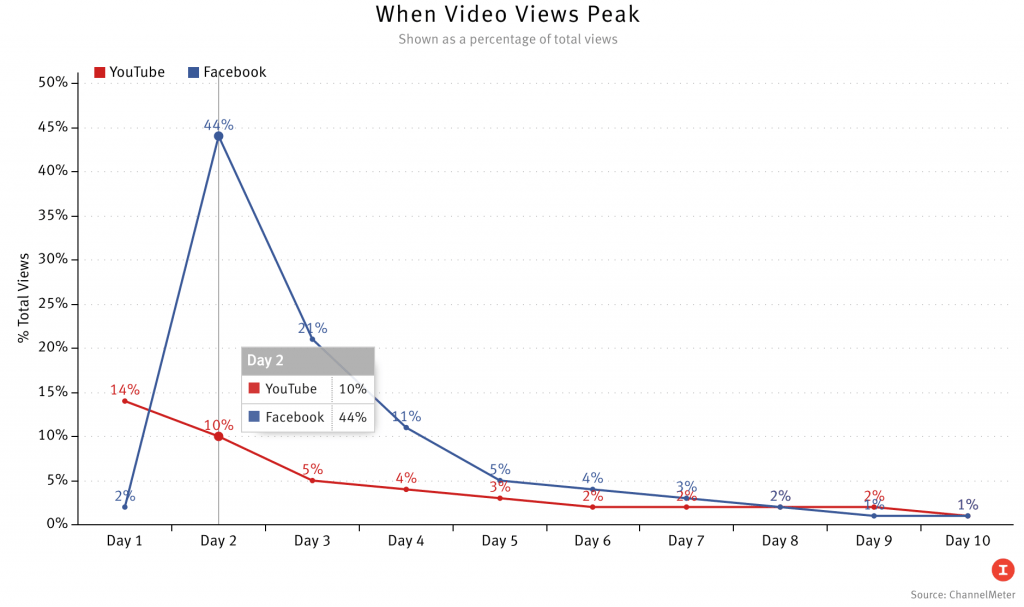 1 – A Guide to Facebook Videos Ads: Can a Small Business Benefit from Them?

The Good: Facebook did its best to explain how users can create video ads, so it’s not that hard to understand the straightforward concept. The main benefit you’ll get through such marketing campaign is a greater reach. Your ad will be presented to the right target audience so that you can expect more likes and conversions.

The Problem: If you’re still new to this (and we all are), it won’t be enough for you to read Facebook’s instructions for posting videos. You need a strategy that will help you gain the greatest advantages from this opportunity.

1. THE FIRST FEW SECONDS ARE CRUCIAL!

2. THERE IS NO SOUND, SO FOCUS ON THE VISUAL EFFECT

3. DON’T FORGET THE CALL TO ACTION

We made the assumption that businesses wouldn’t continue to pay for views that weren’t driving an objective and therefore a high view count reasonably assumed that the video achieves results. We discovered that all the best ads fit into three major video formats.

This style may work well on Snapchat too!

If there was a drinking game where social media marketers had to take a shot anytime 2016 was declared ‘the year of video,’ your Twitter timeline would be a lot livelier.

This guide will help you master Facebook video ads in 2016–the year of video, in case you hadn’t heard.

It’s actually not that hard.

2 –How to Repurpose Content From the Hottest Social Networks

Still contemplating whether live video on Facebook, Periscope, Meerkat (now defunct), and the rumored YouTube Connect app (Google’s planned rival to the products mentioned above) is worth it? The answer is yes, simply because you can always save your live video and use it elsewhere. 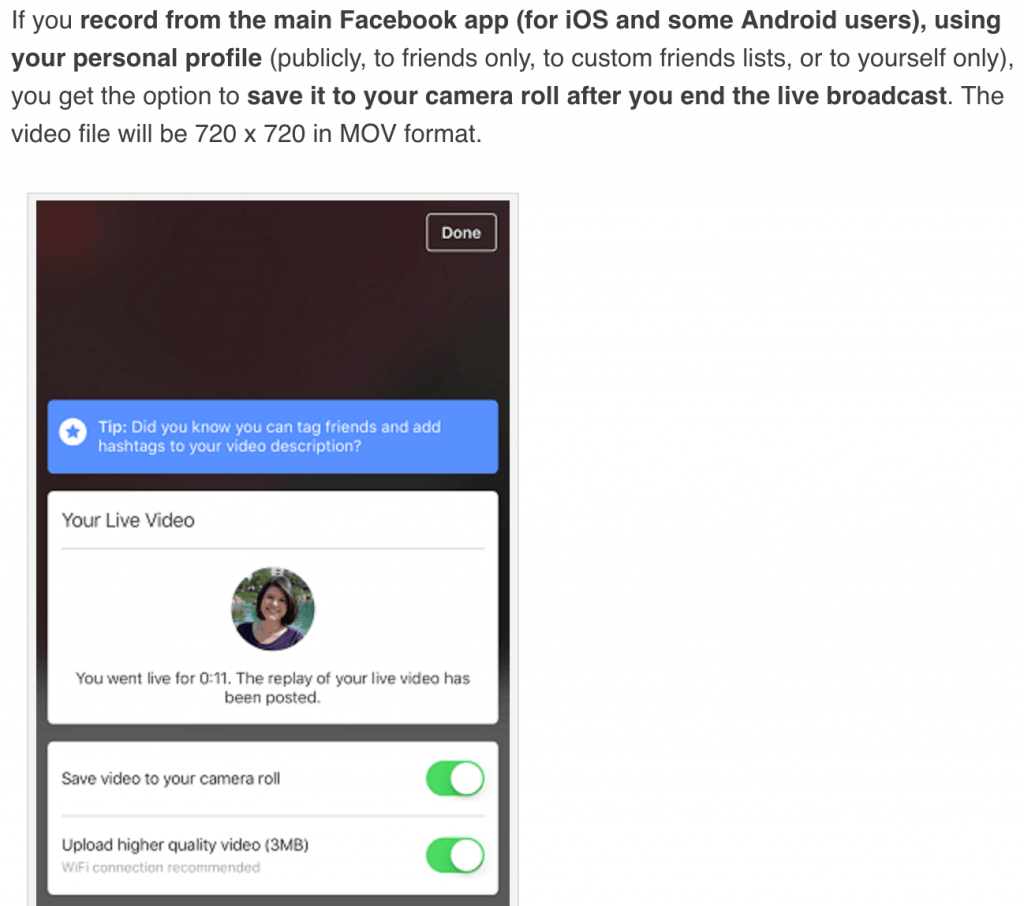 Have any social media trends, tips, tools or tricks to share?

We’d love to hear from you.

We’re serious! Go to our blog home page and click ‘HAVE A TIP’ in the right-hand corner.