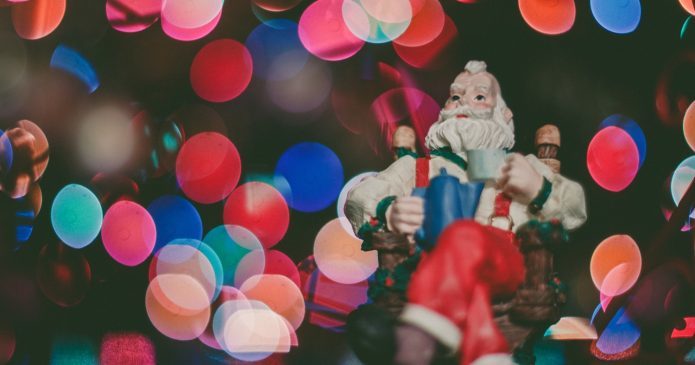 WARNING: This blog post may cause addictive habits. When viewing these vintage holiday ads, proceed with caution.

Nothing says Christmas like a pack of smokes. Apparently, at one point in our history, that was true. Cigarettes helped you get through the holidays. If you’re struggling with hanging those lights, take a break and have a smoke. Opening presents too stressful? Cool down with a Lucky Strike. Looking for last minute stocking stuffers? How about a carton of Chesterfields?

7 Vintage Holiday Ads That Would Be Banned Today

Given the restrictions levied on tobacco advertising today, it’s hard to imagine these ads ever existed:

Today’s take: This Holiday season, give the gift that keeps on giving lung cancer. 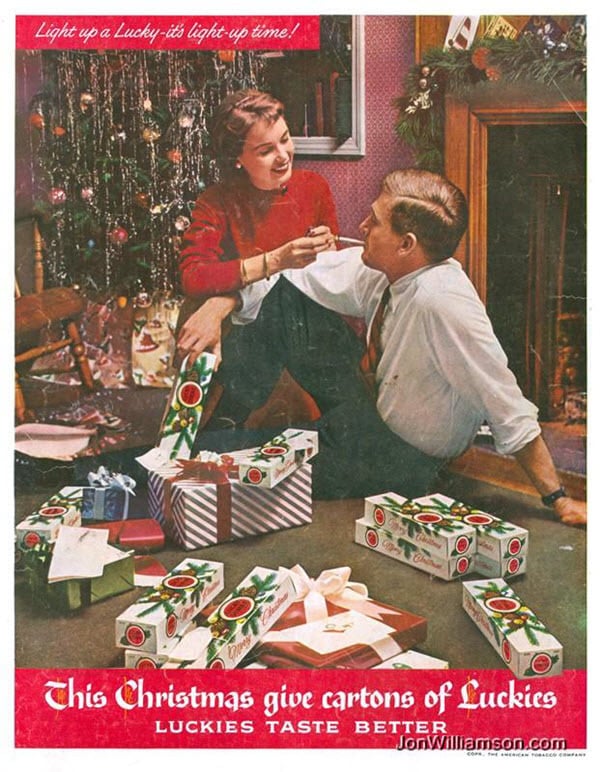 Vintage Ad #2: So gather around…light up and share the very best at Christmastime. Always Buy Chesterfield. 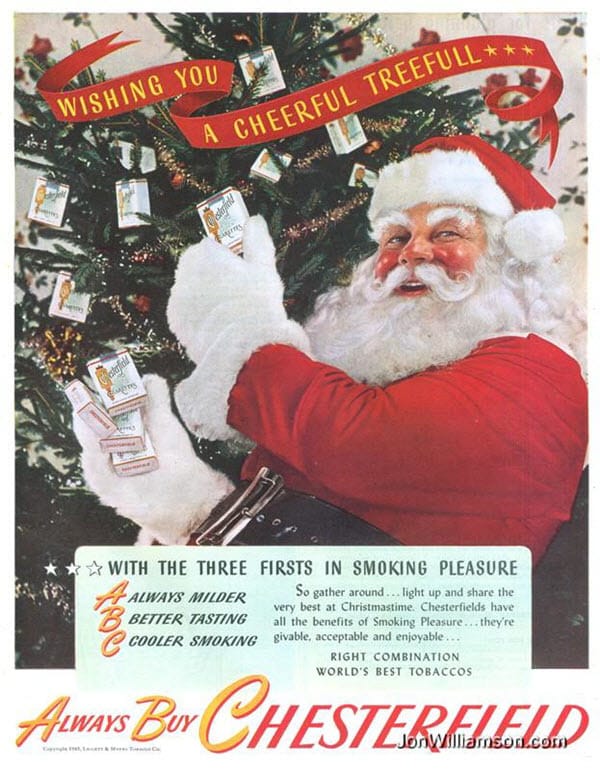 Today’s take: “Mr. Gorbachev, tear down this wall and light up a Chesterfield!” 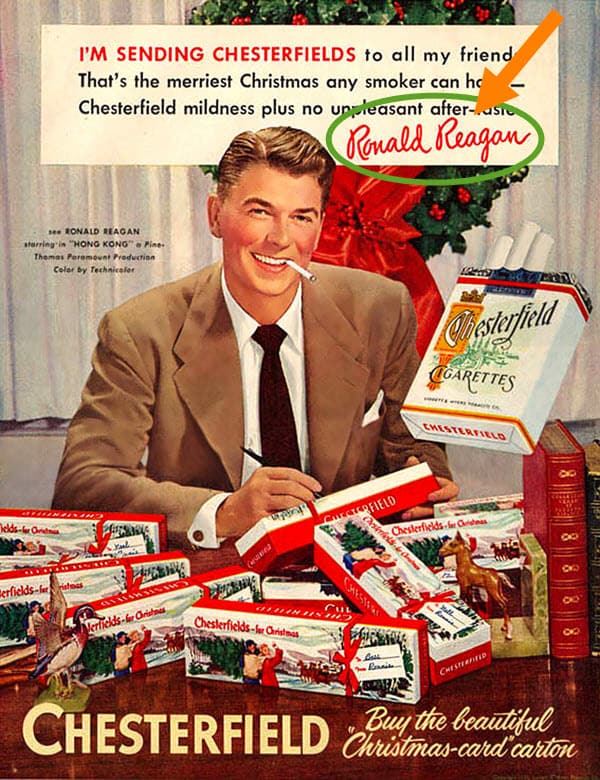 Vintage Ad #4: Make it a “Happy-Go-Lucky” Christmas! Give cartoons of Luckies!

Today’s take: How many open containers of Eggnog do you think are being transported? 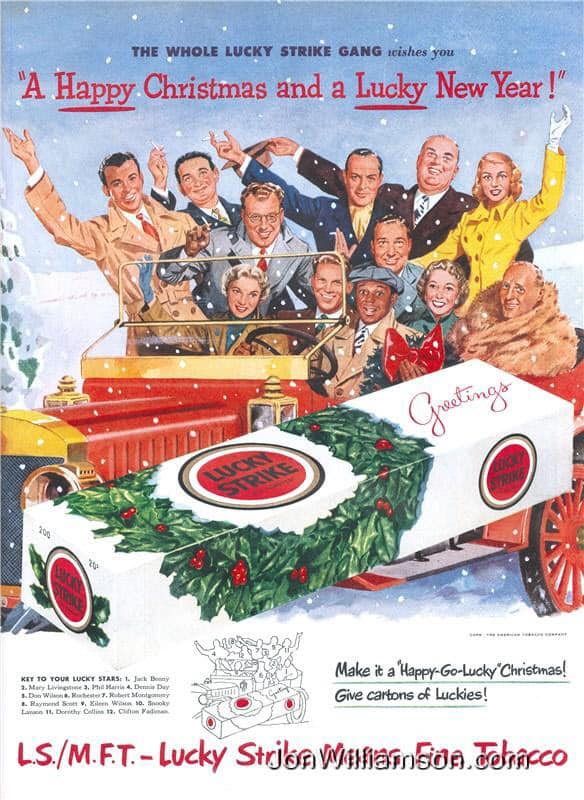 Vintage Ad #5: More men have enjoyed White Owl than any other cigar ever made in the United States.

Today’s take: The quickest way to a man’s heart…is through his lungs. And kids, that is how Mrs. Claus, wooed Santa Claus. 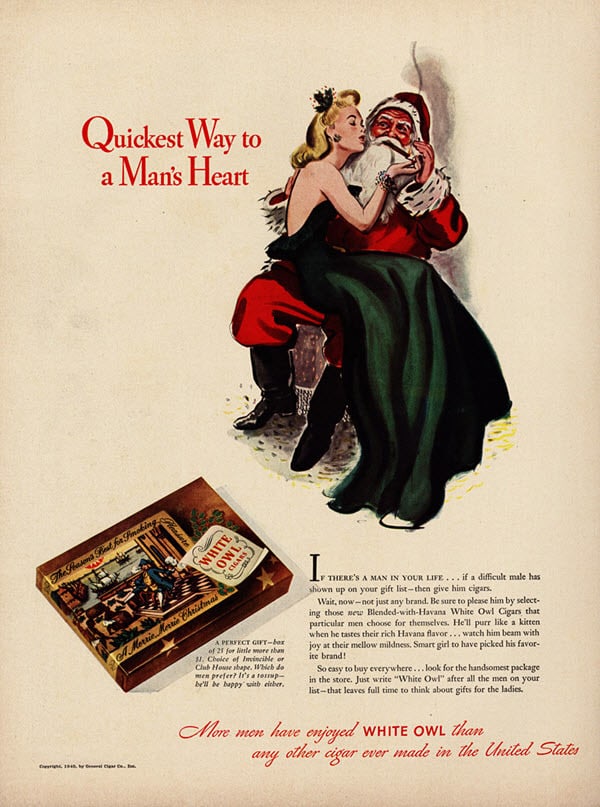 Vintage Ad #6. A gift of pleasure – Luckies, A Light Smoke.

Today’s take: When they say “It’s Toasted” do they mean, Santa’s lungs? 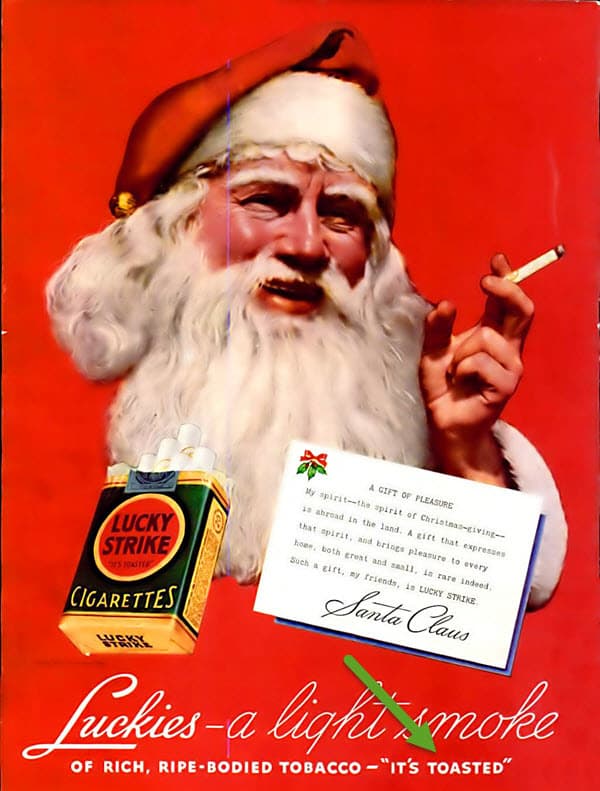 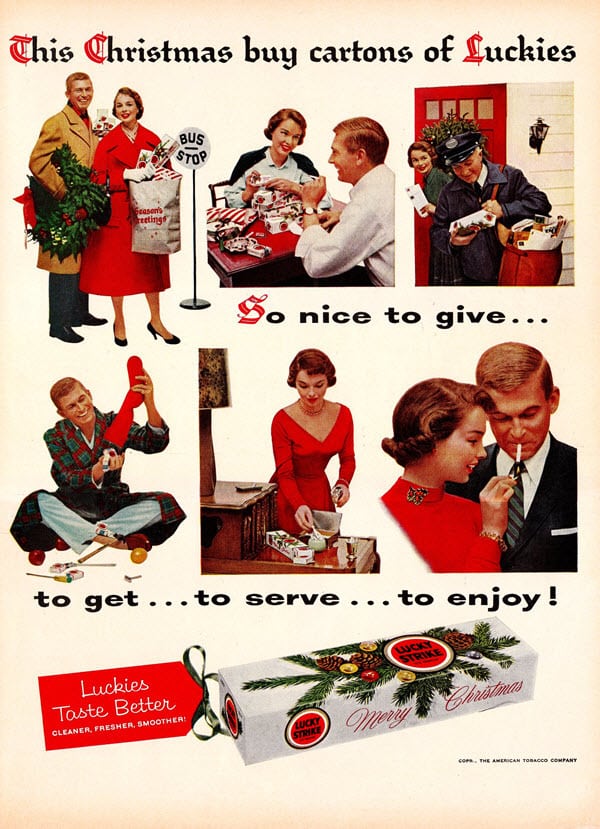 Ho-ho-cough-ho…The end of a cigarette he held tight in his teeth, and the smoke it encircled his head like a wreath. 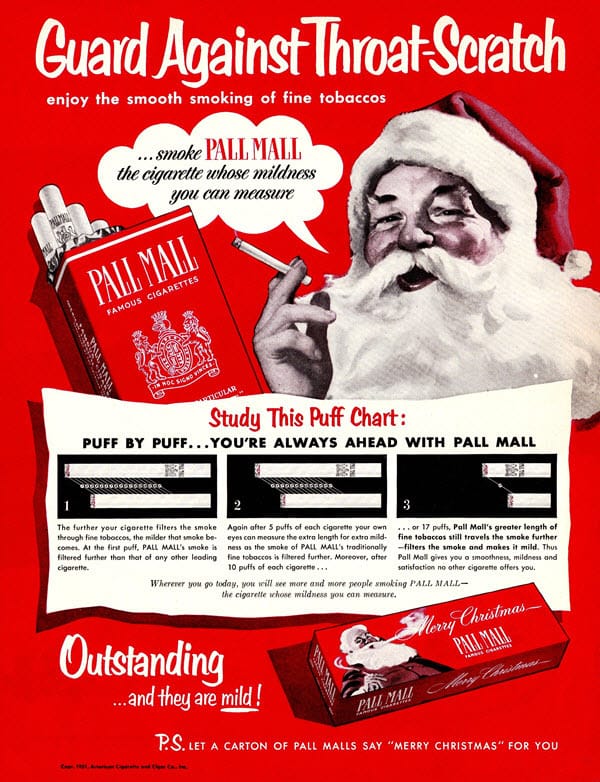 Have a safe and happy smoke-free holiday season.